Message from the Outgoing MWC Chair 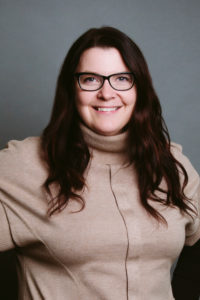 Reflecting upon my term as chair of Manitoba Women in Construction has made me realize that there have been many achievements made in such a short amount of time and provided me with optimism for the things to come for women in this industry.

MWC has hosted many successful events over the past two years but four really stand out for me; Building HER Story panel discussion, Unlocking the Toolkit Girls Forum, 2016 CCA Industry Summit and the 2017 Journeyperson of the Year – Urban award being won by bricklayer and fellow MWC member Nina Widmer. Each of these has empowered, created awareness, provided a voice and shaped the future for women in construction. I am fortunate to have been a part of it.

MWC has many exciting endeavors planned for 2018, with an amazing line up of professional development and networking events. I am looking forward to the second annual Building HER Story in January, soon-to-be-announced project tour in April and cannot wait for the next golf clinic at the beginning of the summer.

The Winnipeg Construction Association consists of member companies that are run by visionary leaders who are embracing the unique and beneficial characteristics that women bring to their businesses. With this support I can foresee a time, in my lifetime, where it will not be uncommon for women to be working in all positions in construction.

MWC is in great hands with incoming chairwoman Soo Lee of FWS Group of Companies. I have learned a lot from Soo over the past few years and I know that MWC is going to be very successful under her direction. I wish her the best of luck and look forward to seeing the continued success of MWC.

I am honoured to have served alongside a board of strong, intelligent and forward-thinking women. Each and every one of them has given so much to MWC and the success of this initiative is due to the heart and soul of these ladies. My time as chair has been priceless and I will always treasure my involvement and hope the effort that I have put forth has aided in retaining and increasing the representation of women in construction.

Widget not in any sidebars


Widget not in any sidebars